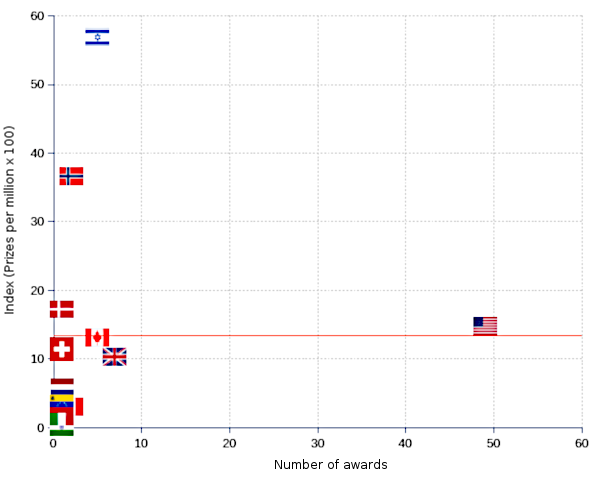 The best performing nation in computer science relative to its population is Israel, which collected 5 awards, achieving an index of 59 (double nationals are accounted for twice). Follow two other small nations: Norway and Denmark. The United States come 4th, with a hefty collection of 45 awards, but with a 13.8 index, just above the average 13, due to their much larger population. India and China have also been distinguished with one award each.