You are here:   areppim >  Culture, Science and Technology >  Major Awards >  Nobel Prize for Physics Per Capita

Nobel Prize for Physics Per Capita 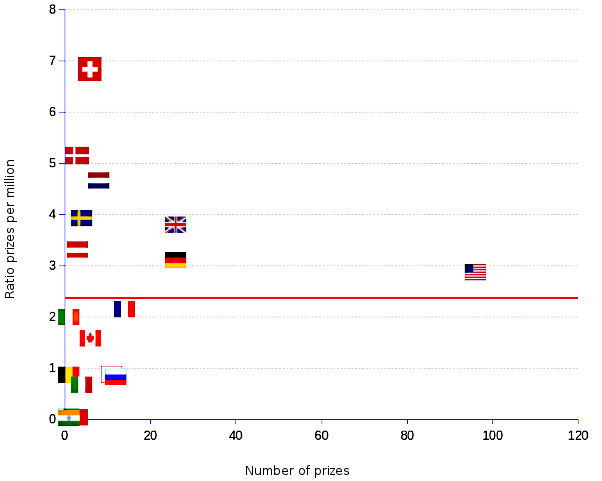 The vast scientific heritage of the prosperous European nations is vindicated by their performance in the standings for the Nobel prize for physics. Denmark, Switzerland, Netherlands, Sweden and the United Kingdom get the highest per capita indexes. Comparatively, the absolute champion United States is only the eighth. The presence of China, India and Pakistan in the list of laureates is a testimony of the effort made by the emerging powers to harness advanced knowledge and technology, namely the nuclear technology.