Language is a good telltale sign. The Clinton, Bush, Sarkozy, Obama, Macron of the world, all of them waged wars, worked havoc upon the earth, wrecked lots of states and organized societies allegedly to promote democracy, human rights and peace. In fact, “promoting peace" is the other way to designate war in the parlance of the political establishment. We should therefore ask ourselves now what do Trump, Macron and other lesser leaders have in mind when they proclaim in earnest that war is declared against the virus, and appeal to their peoples to unite and join in the fight against the common enemy.

As a free bonus, it drastically precludes any and all arguments about the shallow preparedness of the “war chiefs" as regards the ruinous state of the health care system, the scrapping of hospital units, the scarcity of beds, sanitary materials and instruments, the weariness of health professionals and the abysmal incompetence of the top layers of executives in charge of health care.

The gullible felt thrilled with such grand prospects… until the virus came and proved beyond doubt that thousands of lives could have been spared if only we had ample supplies of simple, affordable stuff such as protective gowns, sanitary masks, hand sanitizers, medical testing devices, breathing ventilators and, in the first place, hospital beds, and enough health professionals. All the things that our civilized countries were supposed to be fully equipped with since the mid 1900s. Unfortunately, as everybody knows, including maybe the “war chiefs", we are a long way off. It is this unpreparedness, and not the shortage of the killing instinct that those individuals want to arise in us, that is accountable for the loss of, as yet, 10,000 lives. 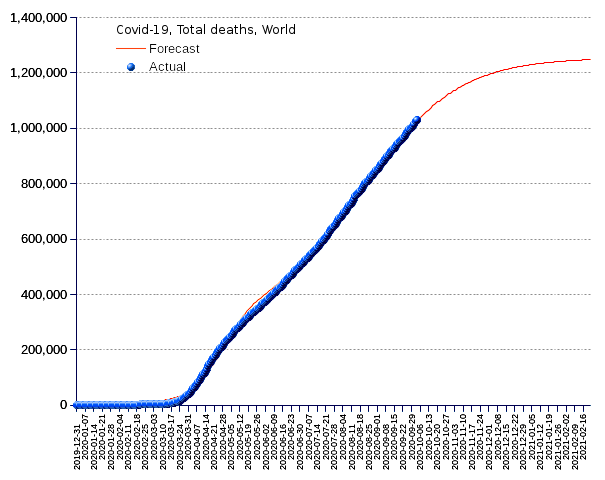 How many fatalities is the Covid-19 really causing? The number of world deaths grew up to 7.28 percent of world cases on 24, 25 April 2020, and moved slowly downwards to the current value thereafter. However, we cannot trust the reports to be fully reliable. The 3 October 2020 Bloomberg newsletter warns that Though there are 175,000 confirmed U.S. deaths from the coronavirus, as many as 215,000 more people than usual died during the first seven months of 2020, pointing to a likely undercounting of the pandemic’s toll on America, the world’s worst-hit nation. There is no reason why a similar data discrepancy should not occur across the border in the other countries.

Further to the disparate quality of the raw data, to the erratic definitions of the statistical units, and to the shady reliability of the sources, death rates vary widely from country to country in the selected group. Death rate is the highest for Italy at 11.23 percent, and the lowest in Portugal 2.57 percent. According to a study completed by the Los Alamos National Laboratory, each person infected early in the epidemic in Wuhan may have passed the virus to an average of 5.7 other people. Should this spread rate hold for the rest of the world, about 82 percent of the world population should be immunized to put a stop to the pandemic.

The pandemic has laid bare the dismal unpreparedness of all administrations, and provided a peephole into the swollen-heads of some state leaders. The French president Macron, who vaingloriously declared himself a “Jupiterian", not a “normal" chief of state, and labels himself the “commander in chief of the war" on the coronavirus has successfully placed France in the lead of the covid-19 death ratio: almost 20 percent of the infected French die from the disease. Does it hurt the pompous “war leader"?

As for the British prime minister Boris Johnson, he should be praised for his farcical illustration of immanent justice. On March 3rd, he faced the cameras to boast of his contempt for the despicable virus : “you’ll be pleased to know that I was in the hospital yesterday and I shook hands with infected patients, and I won’t stop doing it". On April 7th, a press release announced that the conceited leader was in an “intensive care unit, fighting against the coronavirus"! While resting in bed he should have plenty of time to savor the practical joke that destiny played on him.

Our projection is obtained by a logistic regression based on the actual numbers provided by ECDC. In those cases where significant bumps in the time series suggest a definite change of direction, we fitted the regression curve by means of a multi-logistic function.

The pandemic containment, partially achieved after the administrations enforced anti-contagion measures upon the pandemic declaration by the World Health Organization in March, gave way to a generalized surge of the infection with the arrival of the summer season. People in charge defined their dilemma as a choice between saving the economy, or saving the public health, and opted clearly for the first option, the economy.

They took that course of action without implementing the specific instruments and tools to trace the disease, test the suspected cases, quarantinize and take care of the positive ones, while ensuring that people in need without a remunerated job would get a minimum income, and citizens could go about their business enjoying safe transportation, safe shopping, and safe work conditions. The responsible agencies should have reconfigured or provided such facilities, in the absence of which the pandemic couldn’t but enjoy a new boom.

Our forecasts show that the pandemic will spread further along the year, although it will fade out eventually. The question is when will this happen. Equally important, what will be the final price to pay for the incompetence of those in power. It is highly likely that the latter will have sacrificed public health on the altar of the economy, without achieving anything but another mega economic crisis, leaving behind a trail of 900,000 fatalities, and of 35 million convalescents in a more or less pitiful shape. What a repulsing and contemptible record! 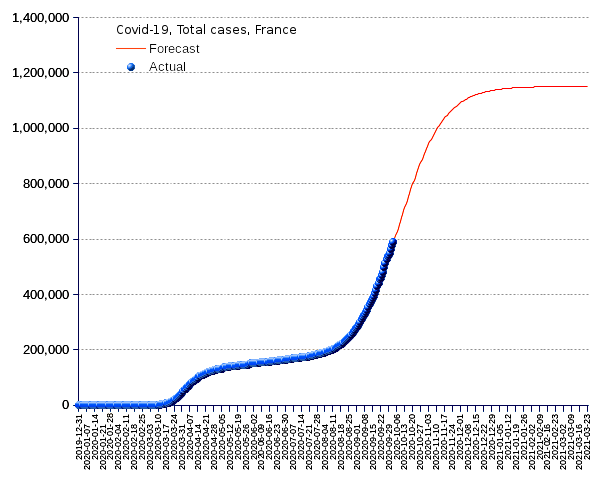 As of 3 October 2020, France:
Total infection cases: 589,653 or 0.90 percent of the population.
New cases: 12,148 or a new infection ratio of 18.61 per 100,000 people.
New deaths: 136.
Death toll: 32,155 or 5.45 percent of the infected cases.
Beginning of June, the number of cases took an upturn, suggesting the emergence of a new wave of contagions. Recently, the upward trend asserted itself, exposing the inability of the French authorities (mostly the self-appointed pandemic-war commander-in-chief Macron) to keep the pandemic under control. At the current pace, France will have almost 900,000 infection cases by Christmas 2020. 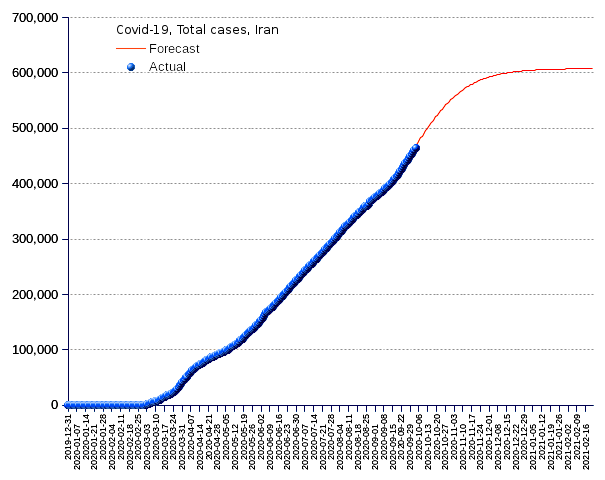 As of 3 October 2020, Portugal:
Total infection cases: 77,284 or 0.76 percent of the population.
New cases: 888 or a new infection ratio of 8.71 per 100,000 people.
New deaths: 6.
Death toll: 1,983 or 2.57 percent of the infected cases.
Between May 3 and May 9 the reported figures varied considerably first down, then upwards. Thereafter, the situation deteriorated. It is preposterous that local politicians still mention the risk of a second pandemic wave, whereas data clearly shows that an actual - more precisely, a mathematical - second wave took off at mid May, and a third wave just reached the Portuguese shores on the week starting on 23 August. As the French say, le ridicule ne tue pas! (ridicule never killed anyone). True, although one should add : Sadly, the Covid-19 does kill indeed !. 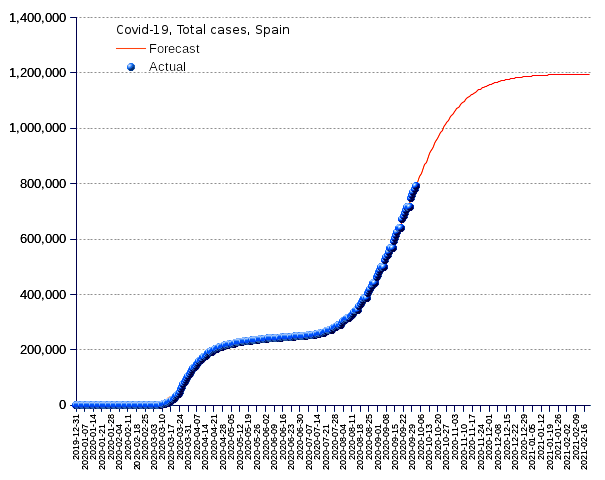 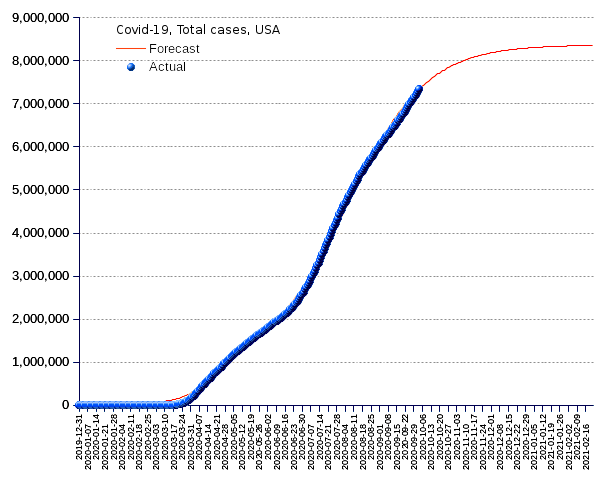