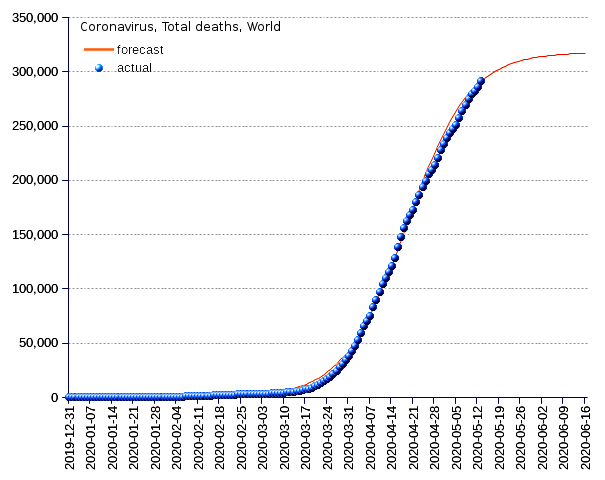 As of 13 May 2020, World : 291,519 deaths worldwide. The death ratio is of 6.90 percent of the total 4,223,047 reported cases (which represent 0.05 percent of the world population). Further to the disparate quality of the raw data, to the erratic definitions of the statistical units, and to the shady reliability of the sources, death rates vary widely from country to country in the selected group. Death rate is the highest for France 19.25%, and the lowest in Portugal 4.17%. According to a recent analysis completed by the Los Alamos National Laboratory, each person infected early in the epidemic in Wuhan may have passed the virus to an average of 5.7 other people. Should this spread rate hold for the rest of the world, about 82 percent of the world population should be immunized to put a stop to the pandemic.
The pandemic has laid bare the dismal unpreparedness of all administrations, and provided a peephole to look into the swollen-heads of some state leaders. The French president Macron, who vaingloriously declared himself a “Jupiterian”, not a “normal” chief of state, and labels himself the “commander in chief of the war” on the coronavirus has successfully placed France in the lead of the covid-19 death ratio: almost 20 percent of the infected French die from the disease. Does it hurt the pompous “war leader”?.
As for the British prime minister Boris Johnson, he should be praised for his illustration of a farcical instance of immanent justice. On March 3rd, he faced the cameras to boast of his contempt for the despicable virus : “you’ll be pleased to know that I was in the hospital yesterday and I shook hands with infected patients, and I won’t stop doing it”. On April 7th, a press release informed that the conceited leader was in an “intensive care unit, fighting against the coronavirus”! He will have plenty of time during his convalescence to savor the peculiar taste of the practical joke destiny played on him.
Our projection is obtained by a logistic regression based on the actual numbers provided by ECDC. 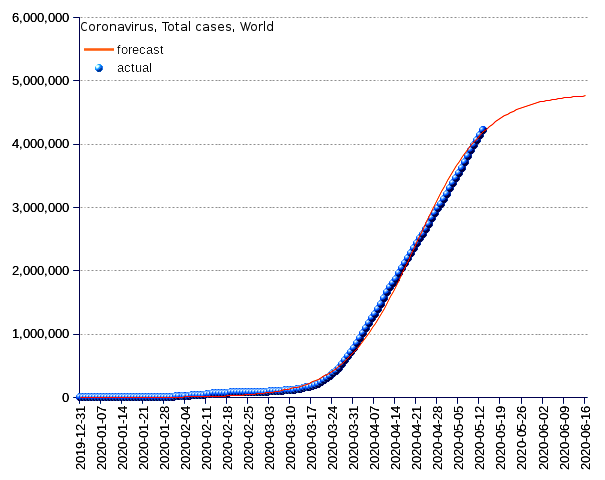 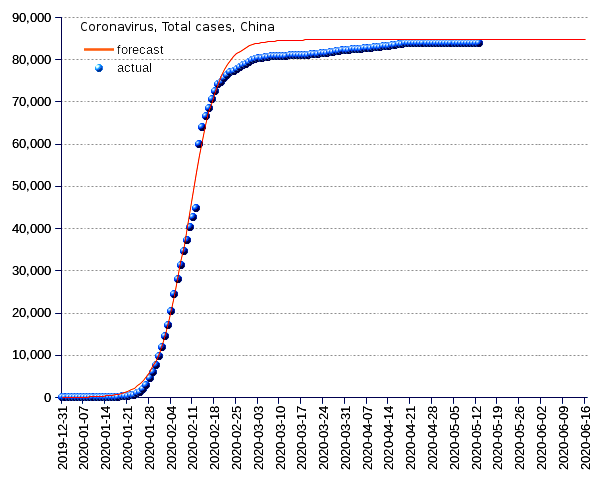 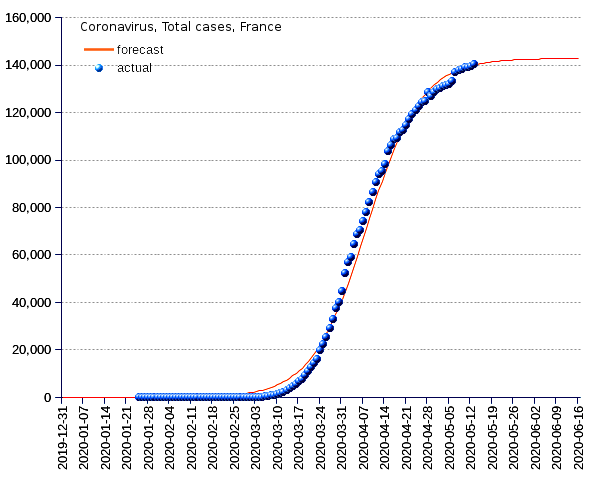 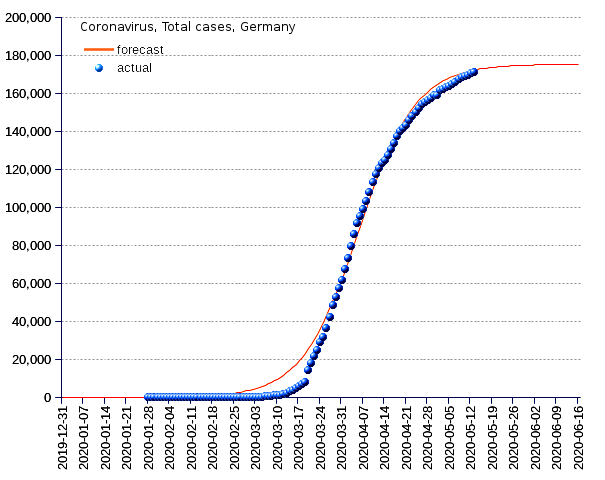 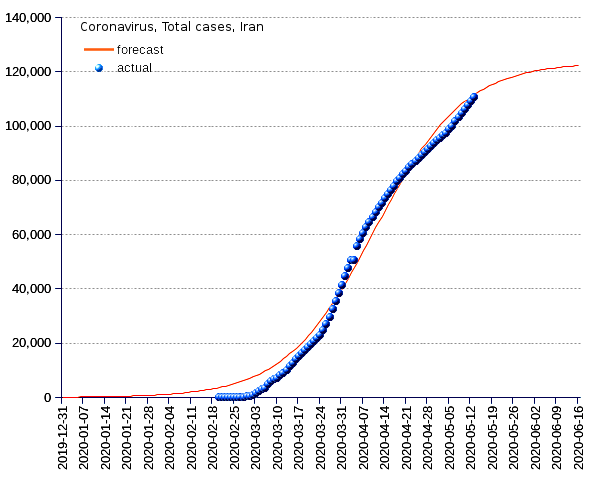 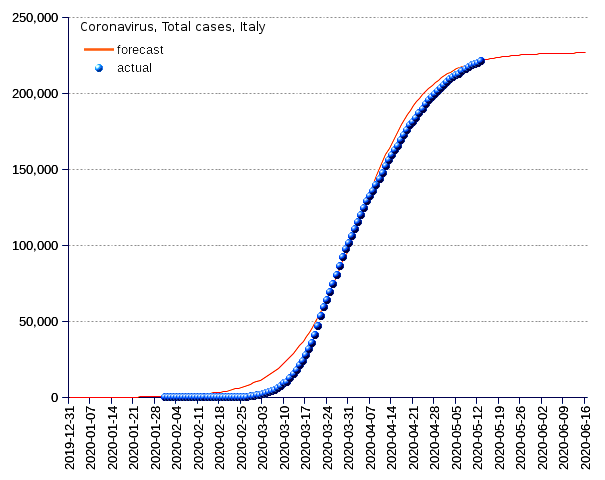 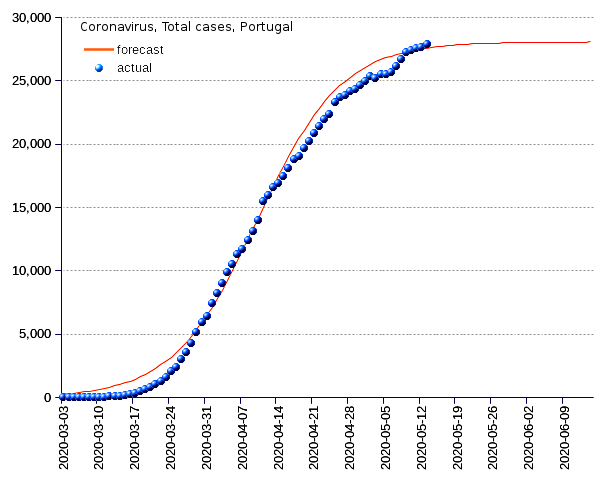 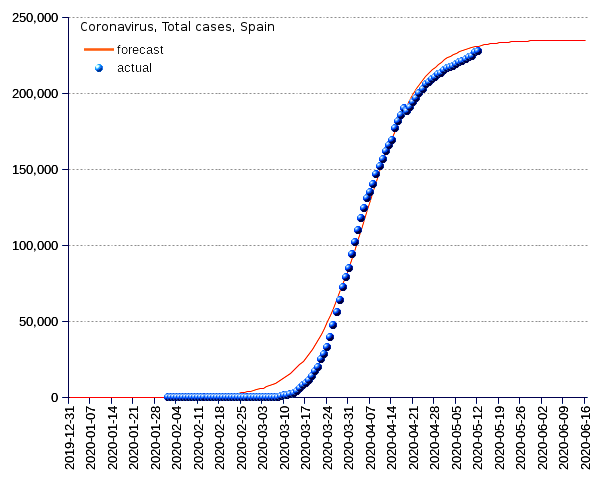 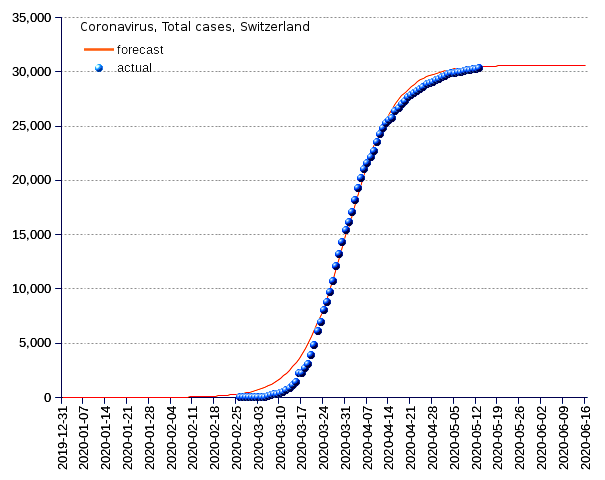 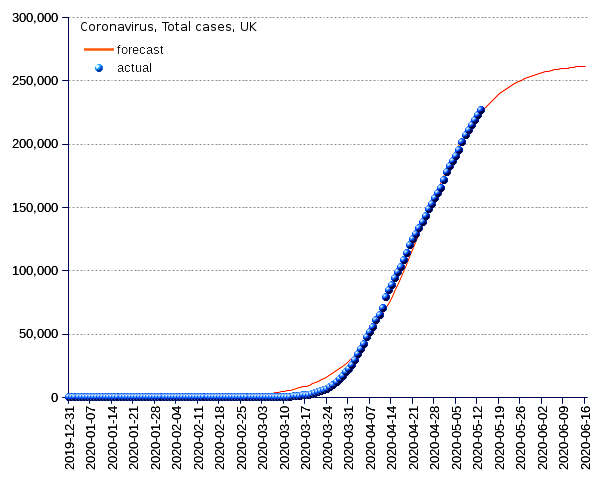 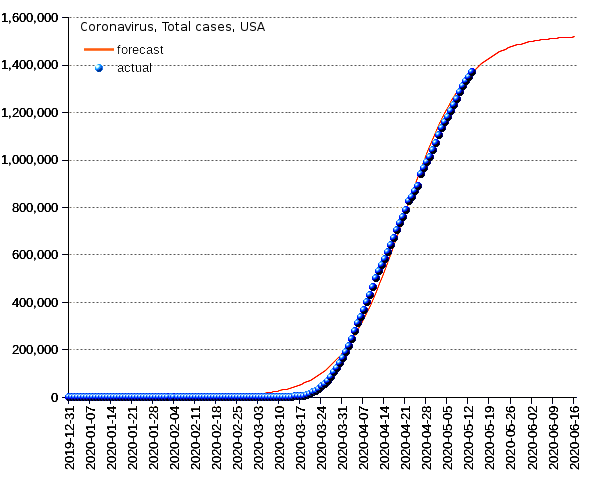