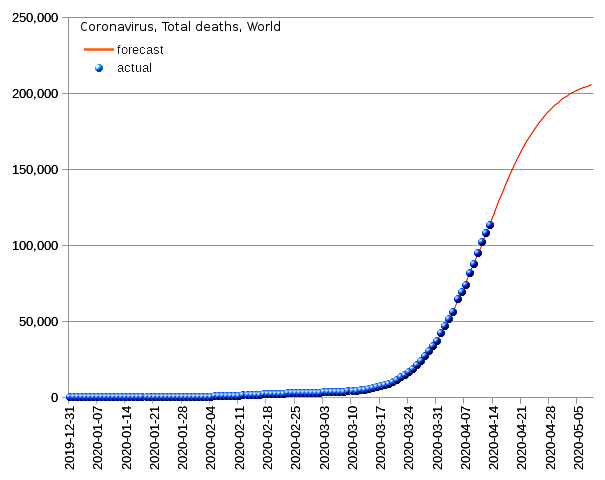 As of 13 April 2020, World : 113,513 deaths worldwide. The death ratio is of 6.28 percent of the total 1,807,308 reported cases (which represent 0.02 percent of the world population). Further to the disparate quality of the raw data, death rates vary widely from country to country in the selected group. Death rate is the highest for France 15.09%, and the lowest in Germany 2.28%. According to a recent analysis completed by the Los Alamos National Laboratory, each person infected early in the epidemic in Wuhan may have passed the virus to an average of 5.7 other people. Should this spread rate hold for the rest of the world, about 82 percent of the world population should be immunized to put a stop to the pandemic. Our projection is obtained by a logistic regression based on the actual numbers provided by ECDC. 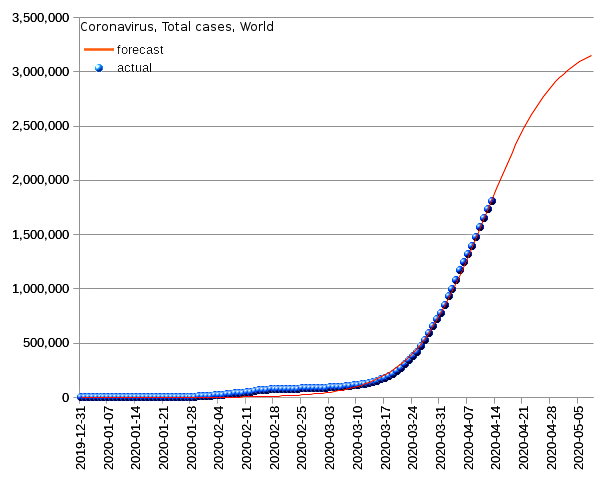 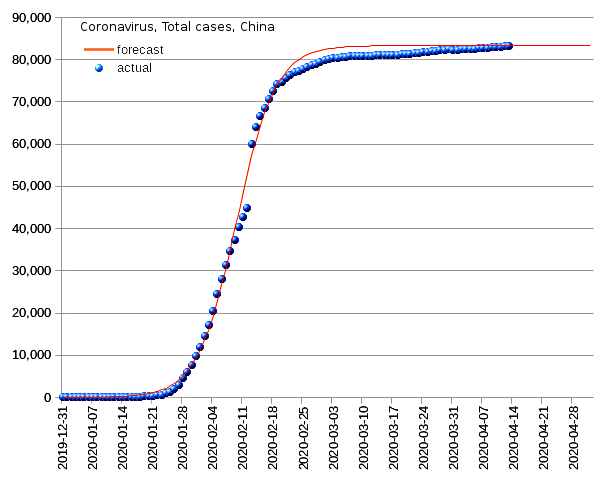 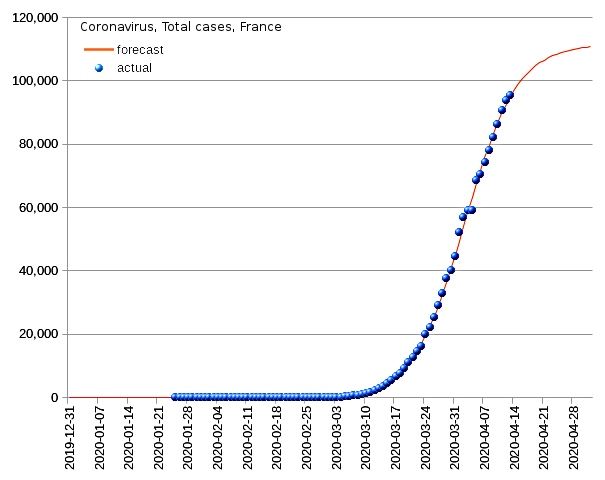 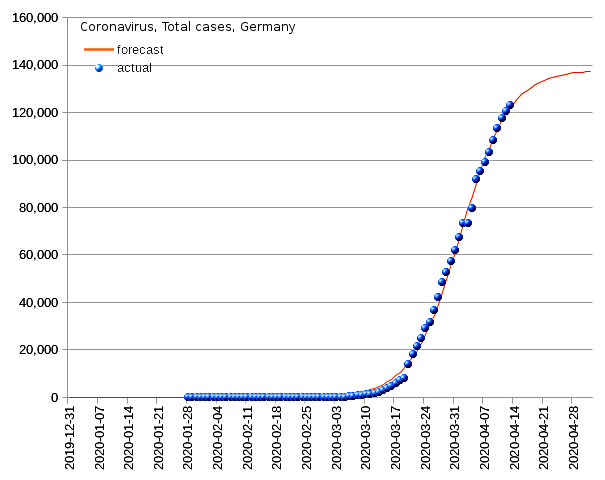 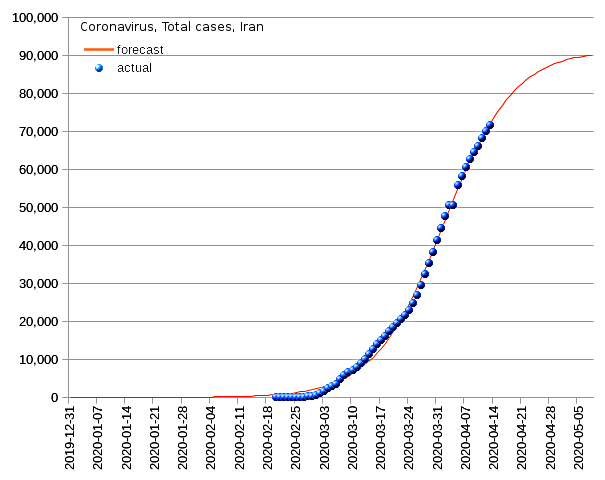 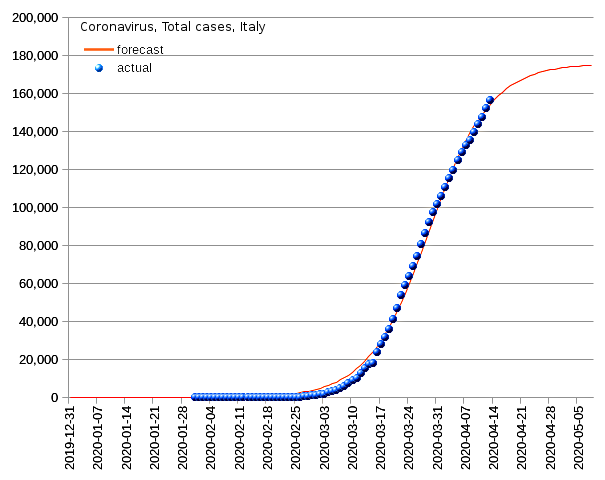 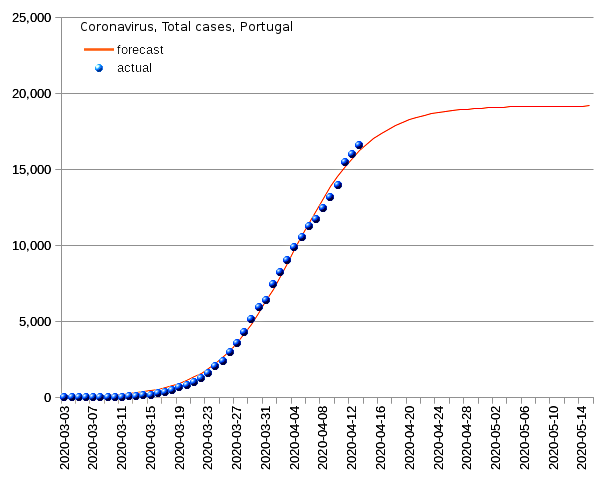 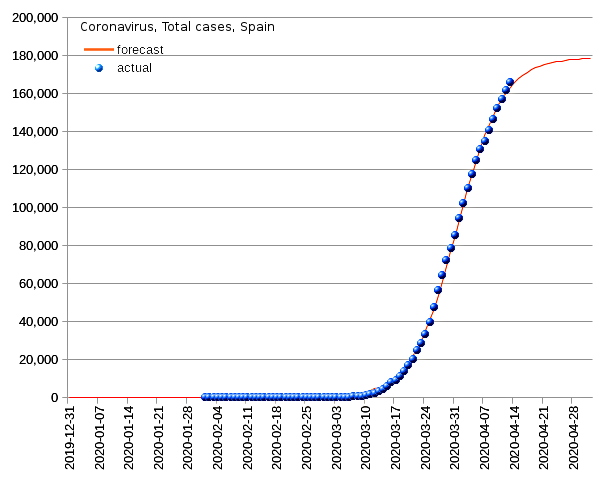 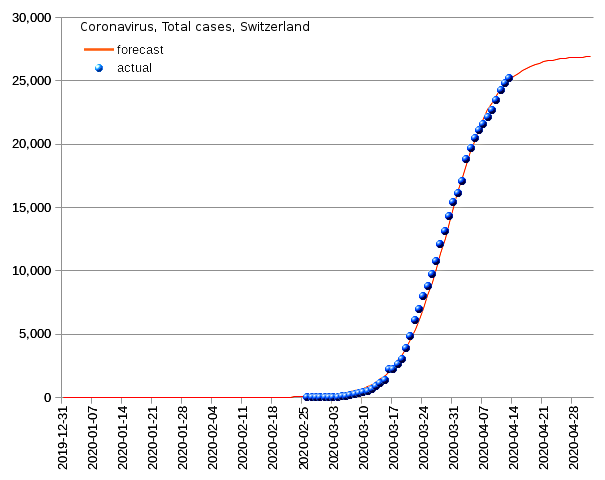 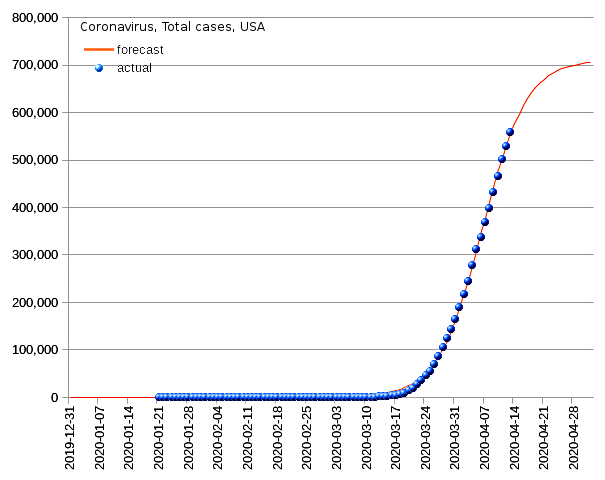