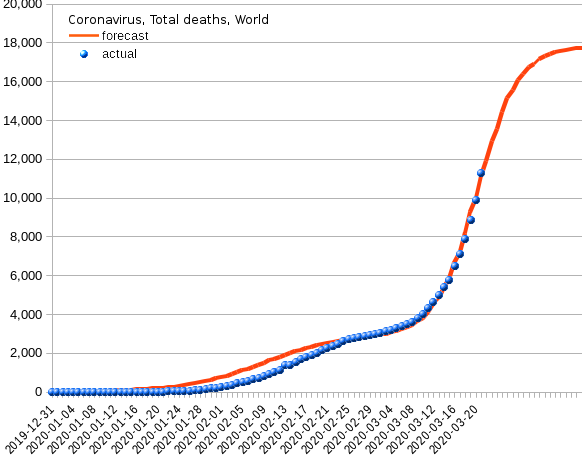 As of 21 March 2020: 11,252 total deaths worldwide. The death ratio is of 4.15 percent of the total 27,1364 reported cases. Further to the disparate quality of the raw data, death rates vary widely from country to country, depending upon such factors as the health-care system grade, the promptness of the fight against the disease, the hygiene capabilities, etc. These factors make averages and overall projections unreliable. Our areppim’s projection is obtained by a bi-logistic function based on the actual numbers. The curve suggests a surge of the disease by the end of February triggering a steep rise of the deaths thereupon. Death rate is the highest for Italy 8.57%, followed by Iran 7.29%, Spain 5.02%, and China 4.01%. Germany's rate is a low 0.25%. 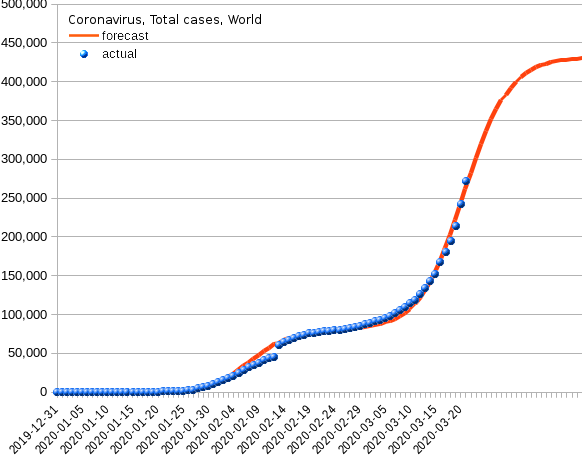 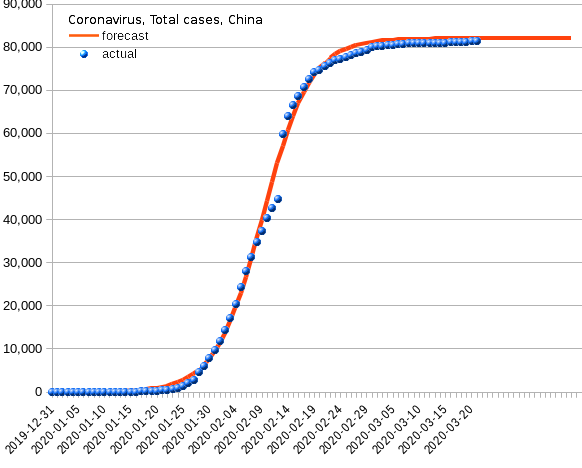 As of 21 March 2020: 81,416 total cases reported in China, of which 3,261 or 4.01 percent died. The areppim’s projection suggests that the pandemic is now under control and the number of cases should have reached the peak. 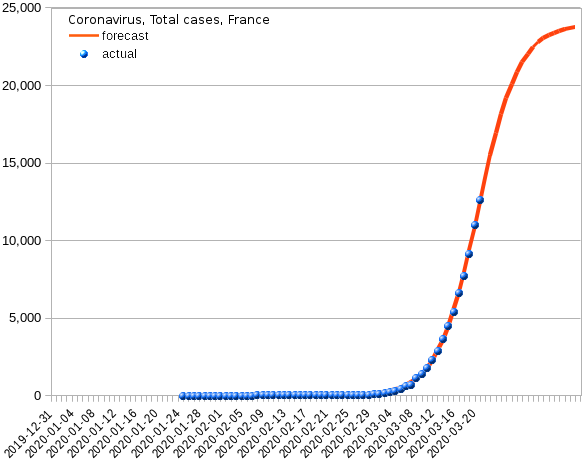 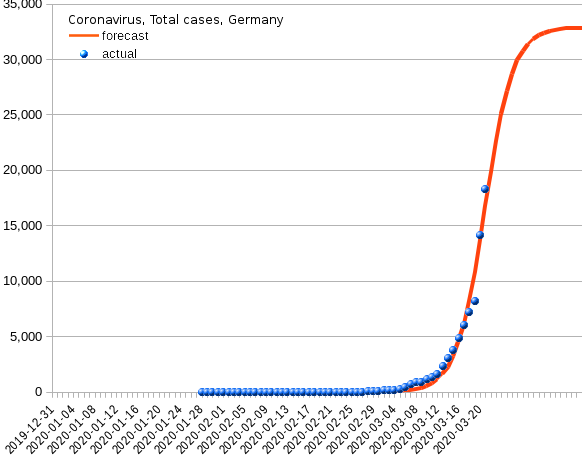 As of 21 March 2020: 18,323 total cases reported for Germany, of which only 45 or 0.25 percent died. Germany offers an atypical picture: very fast spread of the epidemic, but an extremely low fatality rate. The areppim’s projection suggests that the epidemic reached 50 percent of its course. 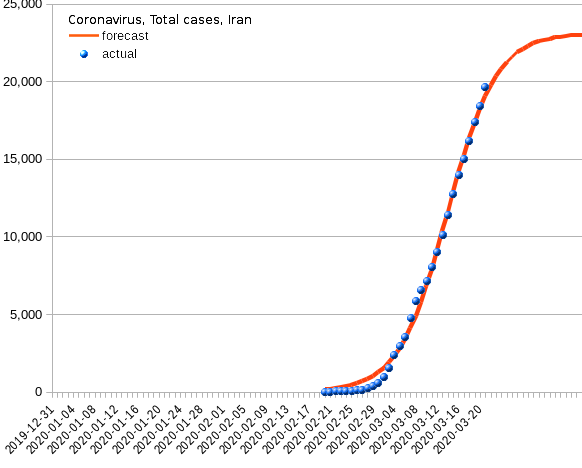 As of 21 March 2020: 19,644 total cases reported for Iran, of which 1,433 or a huge 7.29 percent died. Further to the high number of cases, Iran registers the highest ratio of deaths, compounding a very harsh sanitary situation. 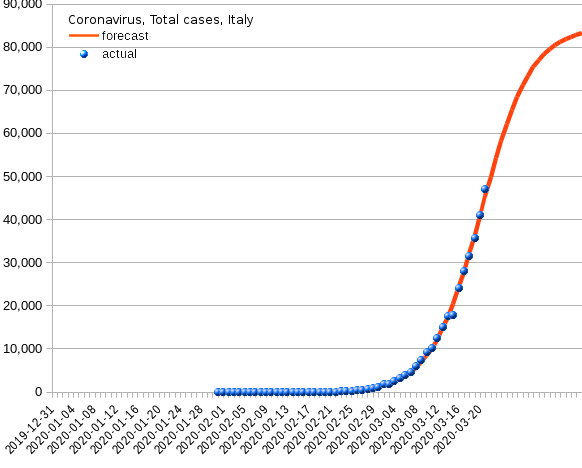 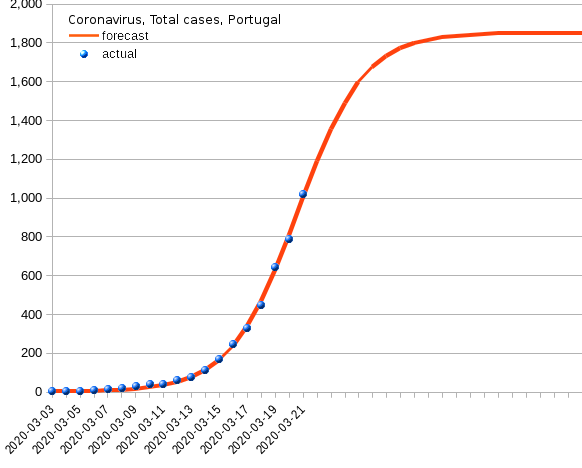 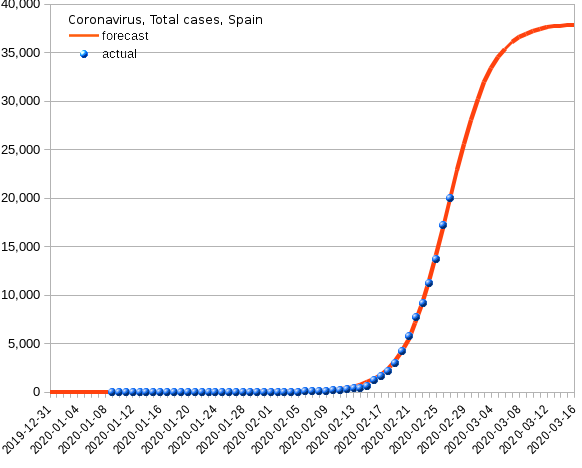 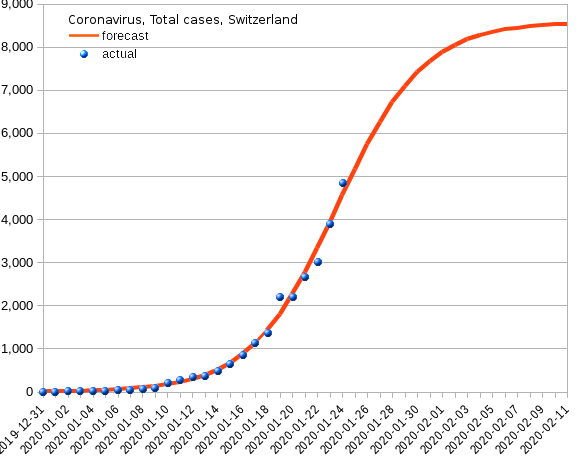 As of 21 March 2020: 4,840 total cases reported for Switzerland, of which 43 died, a rate of 0.89%. In the center of Europe, with Germany, France and Italy as neighbors and an intense flow of cross-border workers, Switzerland faces a tough sanitary challenge. 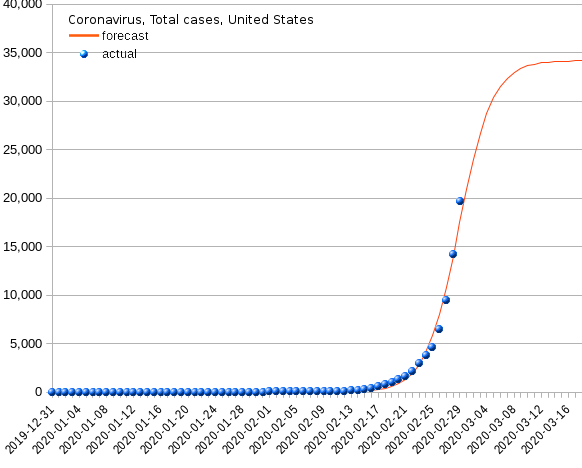