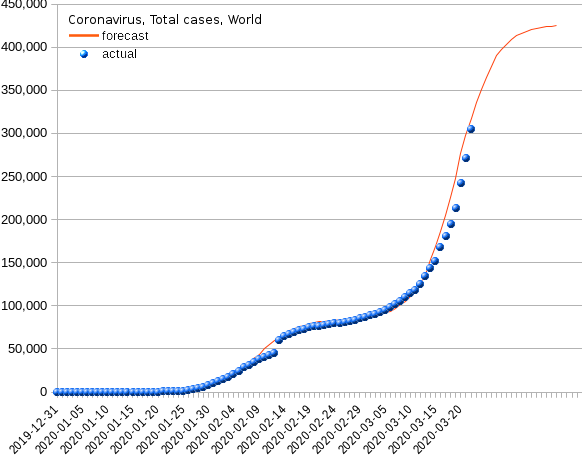 As of 22 March 2020: 305,275 total cases reported worldwide. The areppim’s projection is obtained by a bi-logistic function based on the actual number of total cases provided by ECDC. The curve clearly shows the surge of the disease by the end of February leading the World Health Organization to recognize the disease as a pandemic on 11 March 2020. By case count, China comes first with 81,499 cases, followed by Italy with 53,578, the United States with 26,747, Spain with 24,926, Iran with 20,610. 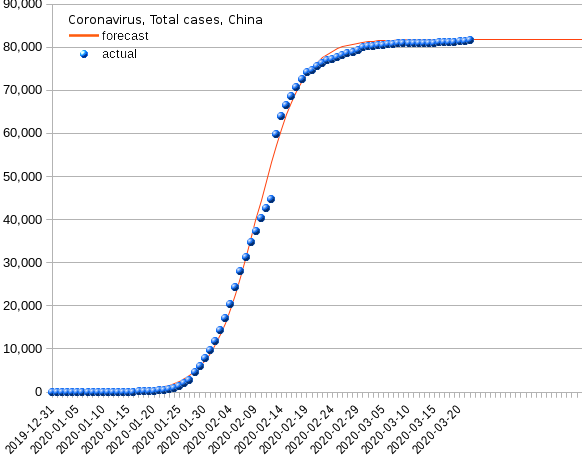 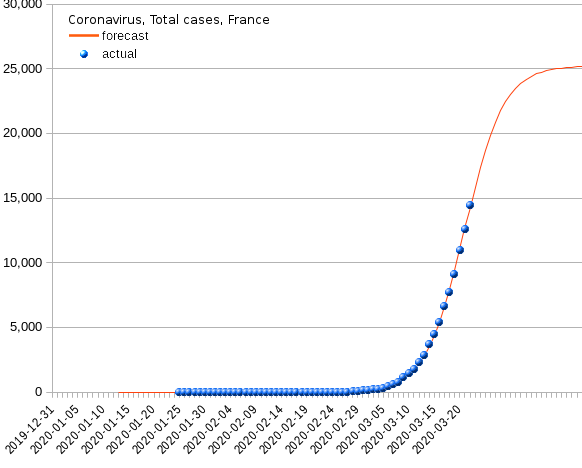 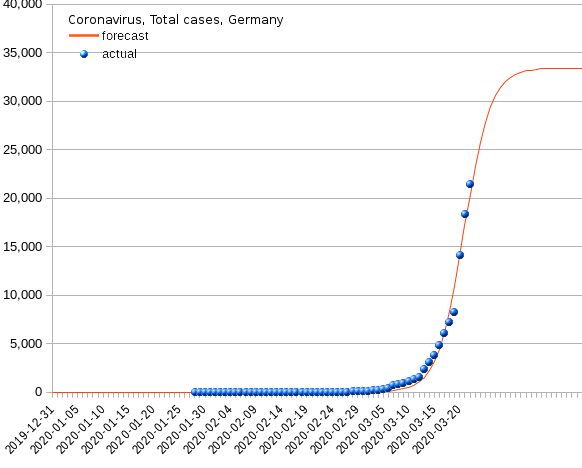 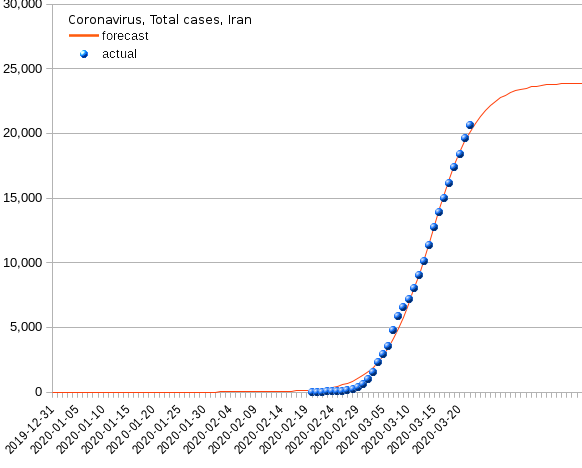 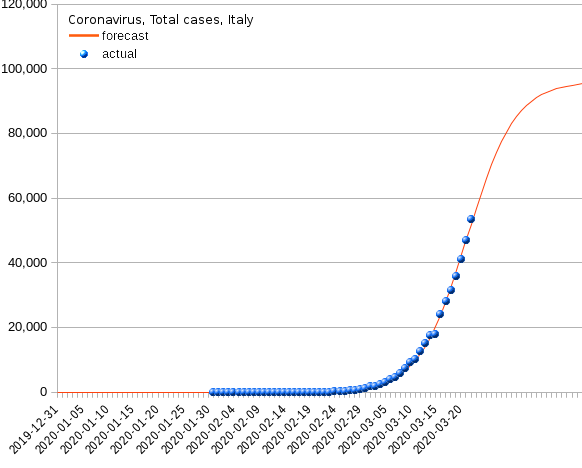 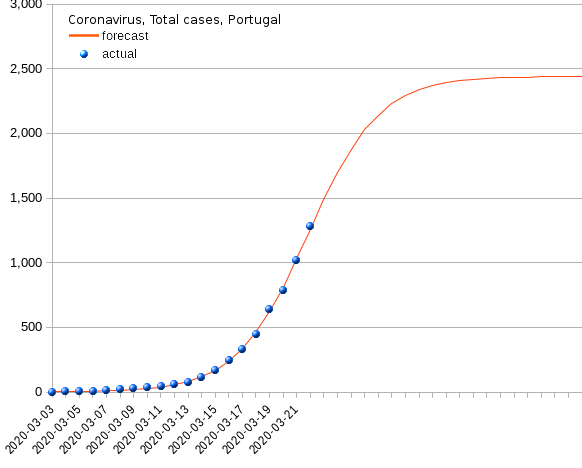 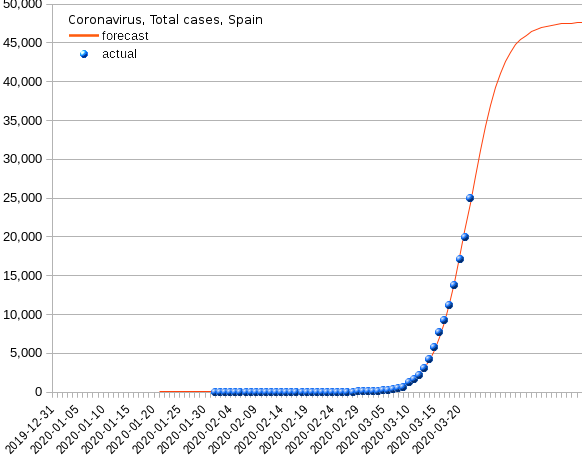 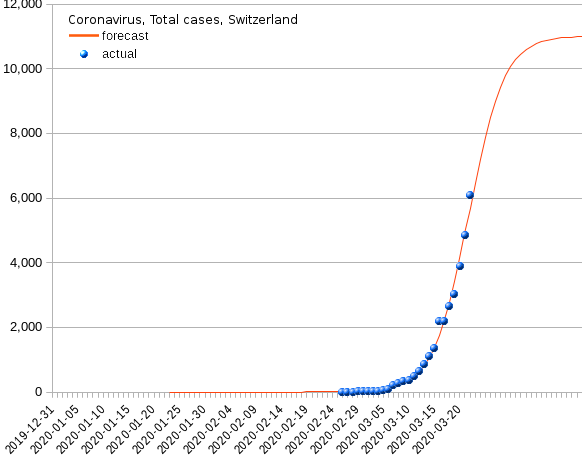 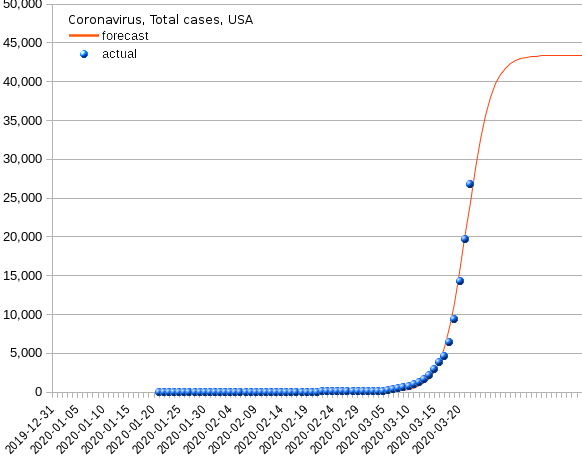