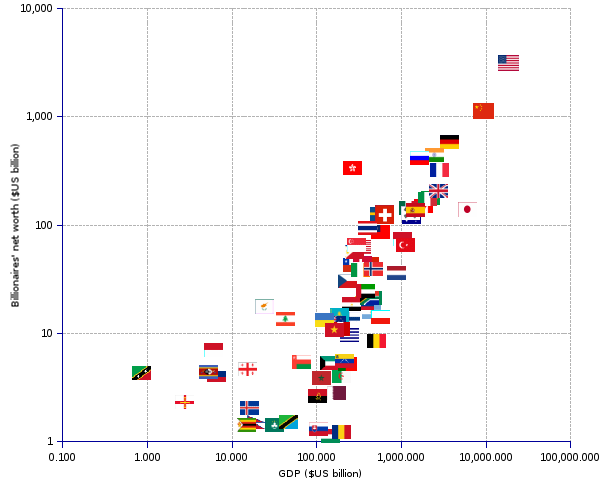 In other words, a wealthy economy can breed wealthy individuals. It is no surprise that the USA, China and Germany have the wealthiest group of billionaires. However, the average economic condition of people, as measured by GDP per capita, has no bearing on the relative weight of the billionaires' wealth. Low GDP per capita countries such as India, Mexico or Brazil, exceed in billionaires' wealth the per capita affluent Sweden or Switzerland. Which is another way of saying that in 'poor countries' like the former, the bunch of billionaires cut a disproportionate slice of the national GDP cake for themselves, thus deepening the inequality chasm.