You are here:   areppim >  Glossary of Terms >   Poverty Gap Index

Poverty Gap Index (PGI)
In order to summarize information on poverty, the WB (World Bank) typically uses two indexes, the first and most popular one, the headcount index for measuring the proportion of the population for whom consumption is less than the poverty line, and the second one, the poverty gap index (PGI), to measure the depth of poverty. 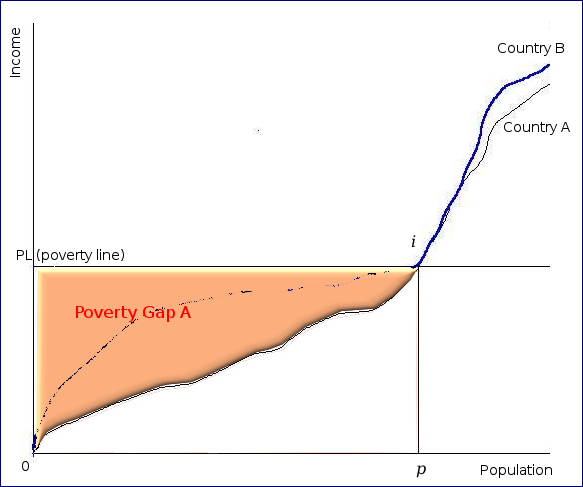 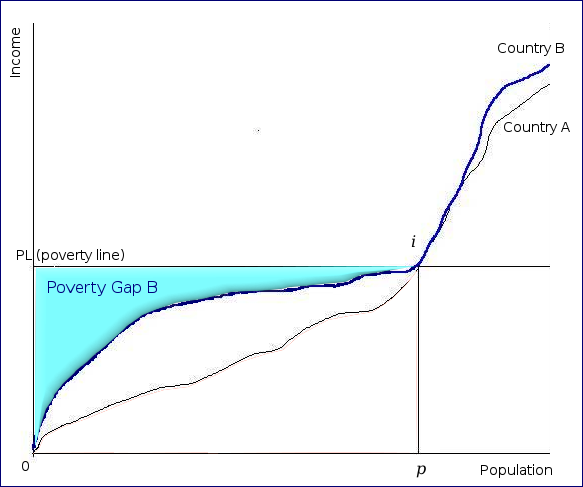 WB's PGI allows to compare the poverty status in both countries A and B, by expressing the poverty gap as a percentage of the poverty line:

Benefits and shortcomings of PG and of PGI

How to compute the PGI